What is Kitchen Table Polyamory? 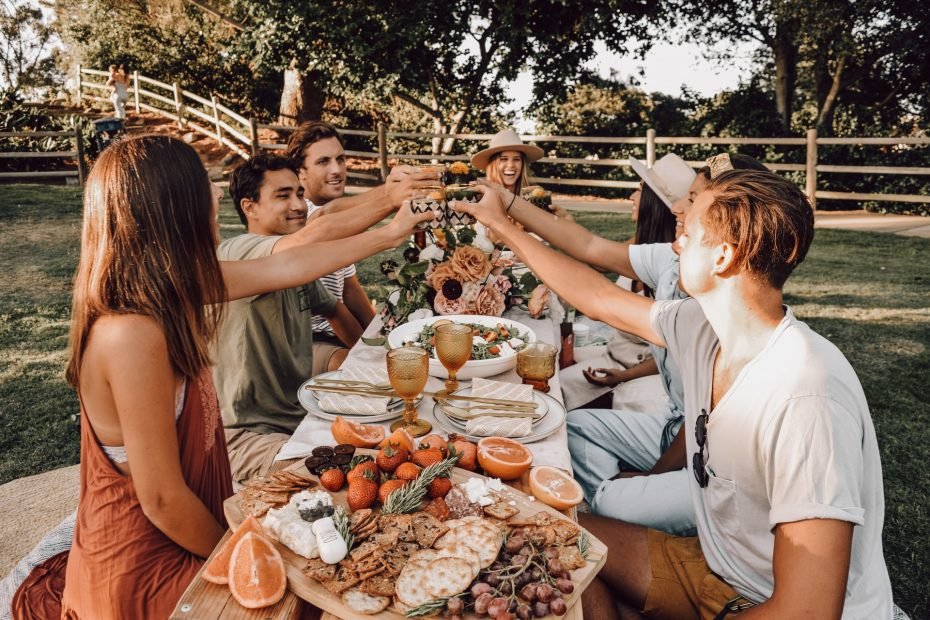 If you’re reading this, chances are you’re more than a little confused.

You may have come across the term on social media, or seen it on somebody’s dating profile.

Maybe it’s been referenced on a Netflix show and you’ve been left wondering what on earth kitchen tables and polyamory have in common.

Perhaps you’re even poly yourself and have no idea what the term means.

After all, it’s a relatively recent addition to the huge glossary of polyamory terms, and some people who have been in the lifestyle for many years might have been practicing kitchen table polyamory before the phrase even existed.

So, what is kitchen table polyamory?

Simply put, polyamory is a relationship style based around the belief that it is possible to love more than one person, and that human beings are not necessarily designed to be monogamous.

Coming from the Greek word for ‘many’ and the Latin word for ‘love’ (literally polyamory means ‘many loves’ or ‘more than one love’), people who identify as polyamorous often have more than one romantic relationship simultaneously, with the full knowledge and consent of everybody involved.

The partners of one person may not necessarily be involved with each other – sometimes they might be, or sometimes they will never have even met one another.

Every polyamorous relationship is different, but the thread that holds them all together is the belief that it is possible to love more than one person.

A very important thing to note is that although polyamory involves being romantically and sexually involved with more than one person, polyamory is not the same thing as infidelity, and should not be confused with somebody having an affair or cheating on their partner.

People in polyamorous relationships have usually set rules and boundaries, with open communication.

Polyamory is also a lot more common than you might think.

It is estimated that there are 1.2 to 9.8 million polyamorous people living in the United States, which is a pretty significant number, even at the lower end of the scale!

What is Kitchen Table Polyamory?

No two polycules (a network of polyamorous or non-monogamous relationships that are all connected in some way) are the same.

In other words, polyamory looks different to everyone, and there is no right or wrong way to practice polyamory.

In fact, as we will soon discover, even specific types of polyamory can look very different depending on the people involved.

But just what is kitchen table polyamory?

It describes a type of poly relationship where every member of the polycule is comfortable sitting together at the kitchen table and enjoying a meal or a cup of coffee.

In kitchen table polyamory, people will enjoy spending time with their metamours (their partner’s partner), either as a group or one on one.

This is in stark contrast to other types of polyamory, such as the Don’t Ask Don’t Tell kind, where somebody doesn’t want to know anything at all about their partner’s other relationships, and parallel polyamory, where somebody is aware of who their partner is dating (and may have even met them), but as a whole, the relationships exist independently of one another and friendships are not actively encouraged.

Kitchen table polyamory is often described as the ‘right’ or ‘healthiest’ approach to polyamory because it is seen as a positive sign if everybody gets along and enjoys spending time together.

As mentioned earlier, there is no one-size-fits-all approach to polyamory, and kitchen table polyamory is no exception.

Just like most things in life, kitchen table polyamory is a spectrum, and different people will fall on different places on the spectrum.

An example of a more casual kitchen table polycule could mean people occasionally hanging out in a group or coming together for big events, but functioning more like friendly acquaintances than BFFs.

Further down the spectrum you would expect to find closer friendships forming. Perhaps the metamours hang out one-on-one, without their hinge partner (partner in common). Maybe their kids play together, or they go on holiday together as a group.

On the far end of the spectrum you have the extreme kitchen table polyamorists.

People may become romantically involved with their metamours, or they may not.

Regardless of whether that happens, the bonds forged are very close, almost sibling-like.

The group operates as one big family, for better or worse, and in an ideal world, they would move to a giant plot of land and create their very own poly commune where everybody can live together as one.

Because this is at the more extreme side of the spectrum, this form of polyamory tends to be quite rare, and it can be difficult to practice it in a healthy way for everyone involved.

Again, no two polycules or networks are the same, and everyone has different ideas about what the ‘ideal’ kitchen table polyamorous relationship looks like.

Who is Best Suited to Kitchen Table Polyamory?

Not everybody is suited to kitchen table polyamory.

In fact, it can often end in disaster!

When it comes to the people best suited to kitchen table polyamory, the most important thing is to be emotionally mature.

It isn’t just about having excellent communication skills (although that is definitely crucial) – it is about being able to offer a lot of emotional involvement and support, feeling secure within yourself and having a high tolerance for people who you may have nothing in common with.

You will also need good time management skills, and the ability to communicate frankly and openly with everyone else in the group, even when it’s difficult.

If you are a jealous, insecure or emotionally reactive person then kitchen table polyamory may not come as naturally to you, and you may have to try harder to make it work, or opt for another polyamory style entirely.

As with anything, kitchen table polyamory has its upsides and its downsides.

Nothing in life is perfect, and when it comes to human relationships, things tend to get even more complicated!

Here are some pros and cons of kitchen table polyamory:

Polyamory comes in many different shades, and kitchen polyamory in particular can take various forms depending on the wants and needs of people involved.

It might have a strange name, but when you think about it, it makes a lot of sense!

Don’t forget to leave your thoughts in the comments section below and check out the store for all of your lingerie needs!