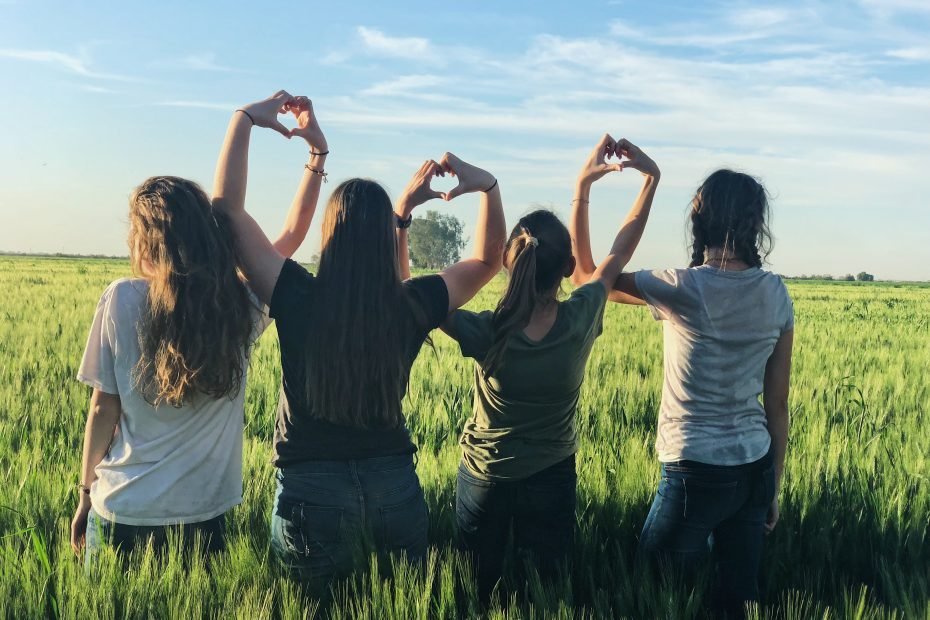 Perhaps it’s in their bio on a dating site, or perhaps you’ve been on a couple of dates with someone and they’ve brought it up, and rather than ask them the bazillion questions you want to ask, you’ve trotted off home and rushed to Uncle Google.

Maybe your question has nothing to do with another person and you’re just curious to learn more about polyamory and the many ways in which it is lived and experienced, perhaps because you think that you may be polyamorous yourself!

First, we’ll explore what polyamory is as a whole, before outlining what hierarchical polyamory is, how it differs from non-hierarchical polyamory and a couple of arguments for and against both, so that hopefully, by the time you’ve finished reading, you’ll have more of an idea of what these two concepts are and which side of the fence you lie on.

Great, so let’s dive right in. Polyamory is a relationship style based around the belief that it is possible to love more than one person, and that people are not necessarily designed to be monogamous.

Coming from the Greek word for ‘many’ and the Latin word for ‘love’ (literally polyamory means ‘many loves’ or ‘more than one love’), people who identify as polyamorous often have more than one romantic relationship simultaneously, with the full knowledge and consent of everybody involved.

The partners of one person may not necessarily be involved with each other – sometimes they might be, or sometimes they will never have even met one another.

Every polyamorous relationship is different, but the thread that holds them all together is the belief that it is possible to love more than one person. 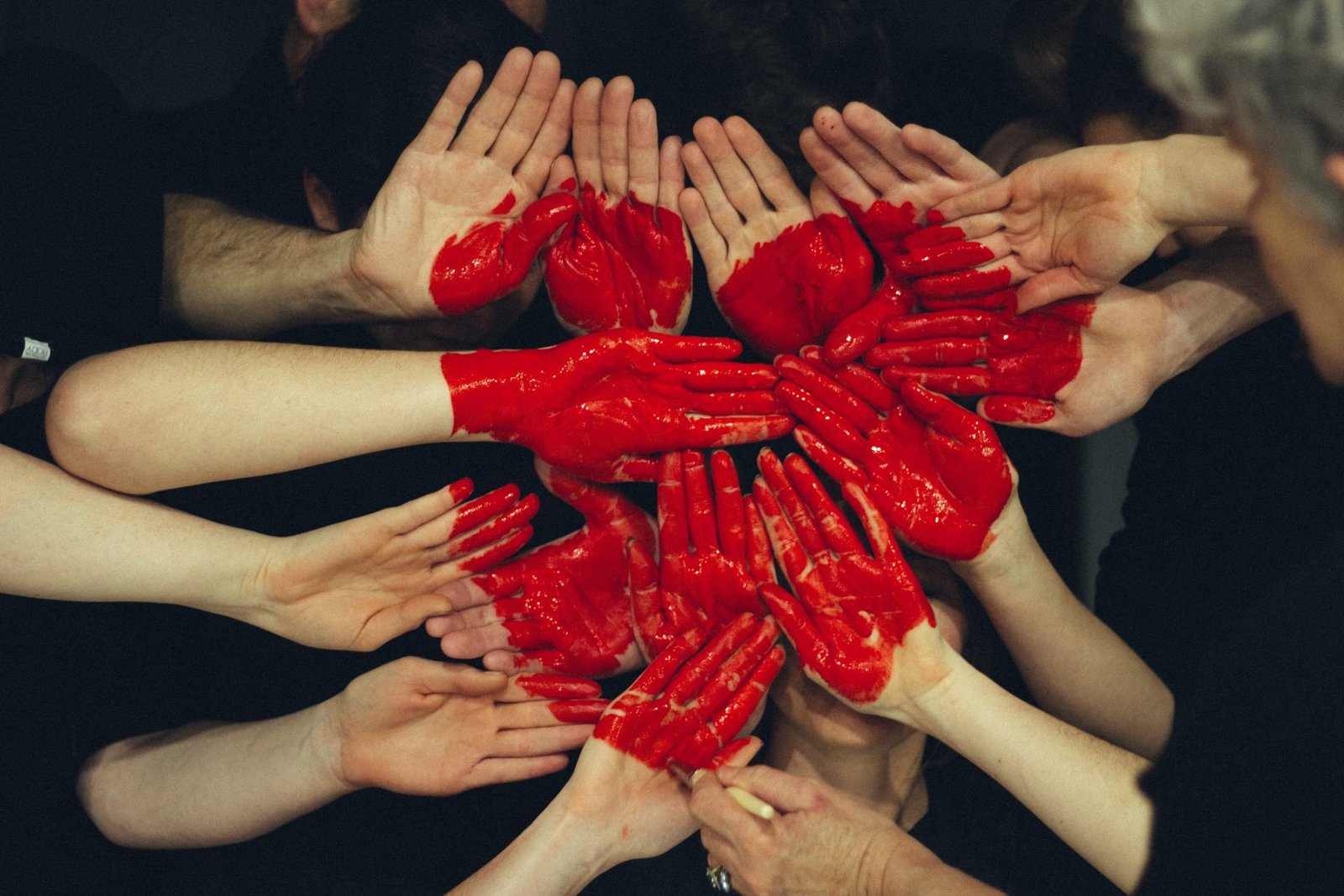 No, polyamory is not the same thing as infidelity, and should not be confused with somebody having an affair or cheating on their partner.

Therefore, polyamory is not cheating, but that doesn’t mean that polyamorous people can’t (and don’t!) cheat – if two polyamorous people have agreed that neither of them will do a specific act or date a specific person and then one person sneaks off and does it anyway, that person is cheating.

Polyamory is also different to polygamy, which is a religious-based form of non-monogamy that usually sees one man taking multiple wives. Many Muslim countries allow polygamy, and it is also sometimes practised in the Mormon community (though although the Mormon church renounced the practice back in 1890, some Mormons still enjoy a polygamous lifestyle).

It is estimated that there are 1.2 to 9.8 million polyamorous people living in the United States, which is a pretty significant number, even at the lower end of the scale!

What is Hierarchical Polyamory?

People who practice hierarchical polyamory place more importance on some relationships over others, kind of like a ‘ranking’ system.

For example, if somebody is polyamorous but has one person who they live with, co-parent with, share finances with etc., that person will likely be considered the ‘primary’ partner – in other words, the person at the top of the hierarchy.

This person will likely be prioritised when it comes to time commitments, going on vacations, spending the holidays with someone’s family and more.

They may also be the person who is consulted when it comes to making major life decisions such as moving house, buying a car or changing jobs.

People in a primary relationship with one another may also create a set of rules that both partners have to abide by when it comes to getting involved with other people. This may include no unprotected sex with others, not having children with other people, and also having the power to ‘veto’ someone if they are not comfortable with their partner dating them for whatever reason.

Please understand that when I say the word ‘casual,’ I don’t mean that there is not a deep and loving bond there – I simply mean that these relationships will receive less time and resources than the ones higher up in the hierarchy, and people outside of the primary relationship often have less say in what their relationship with somebody else’s primary looks like.

Does that make sense? 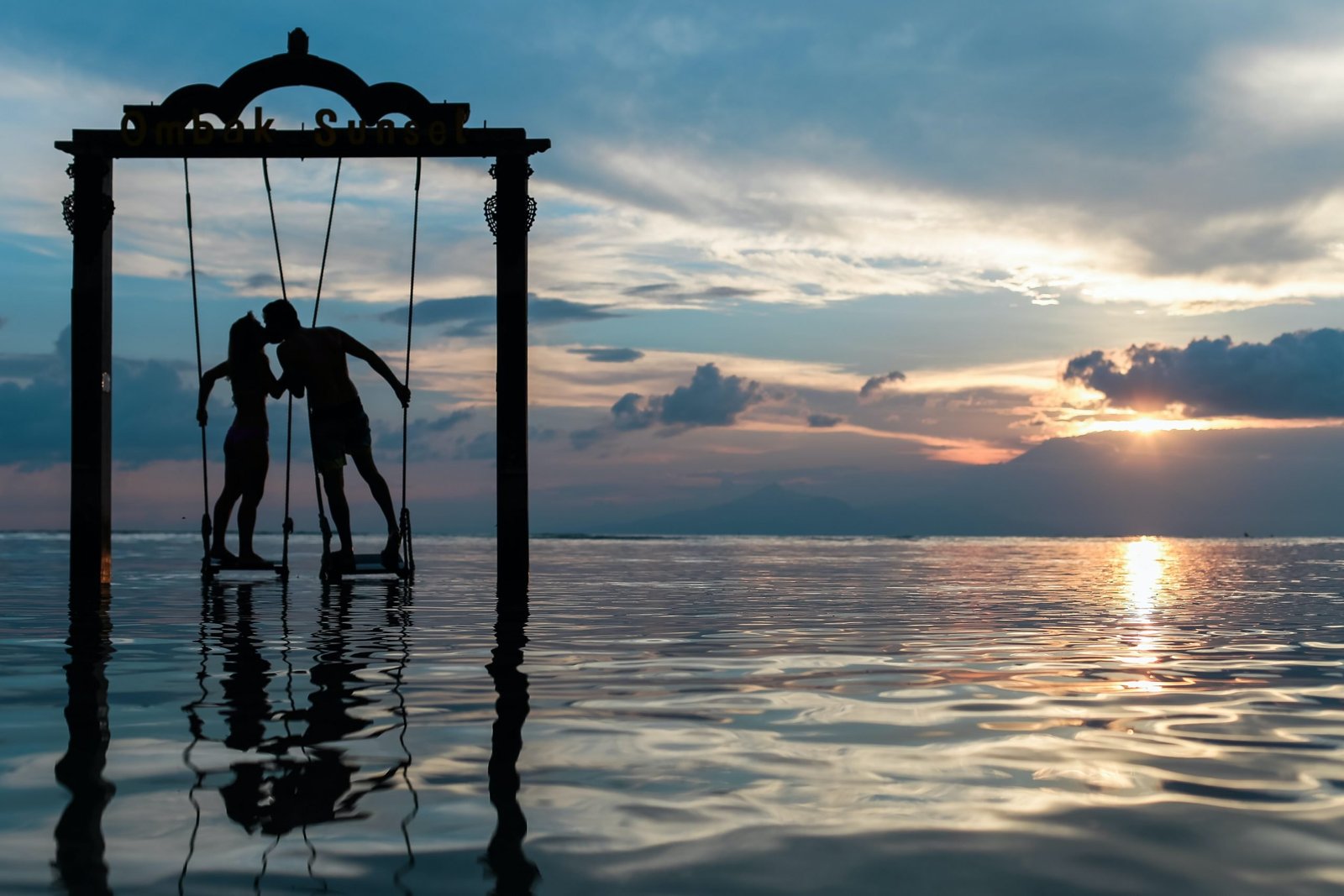 You are not allowed to take that sunset swing picture without me – do you hear me?!

So, What is Non-Hierarchical Polyamory?

Well, it’s exactly what it says on the tin!

In non-hierarchical polyamory, individuals within the ‘polycule’ (a polycule is a connected network of people in non-monogamous relationships) do not prioritise one relationship over all others.

This doesn’t necessarily mean that time is always split equally between partners, nor does it mean that everybody lives together and shares finances etc.

It simply means that there is no ranking system, and every partner is considered when it comes to making big decisions. Non-hierarchical polyamory ensures that certain people don’t get more privilege because they live together or have been together for longer.

Everybody is completely equal, and no one voice is more important than any other. 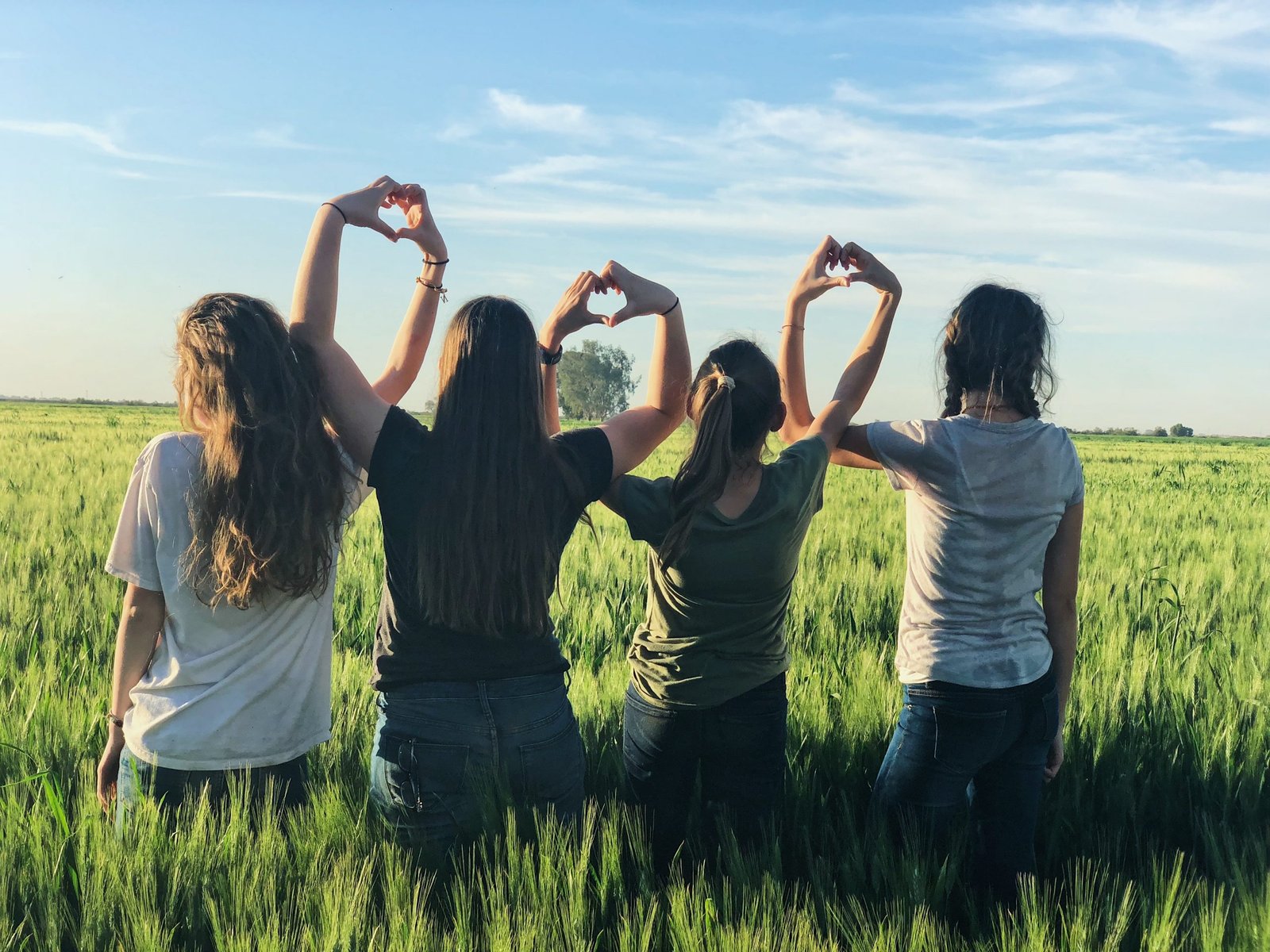 Okay, that was definitely a trick question.

There is no one-size-fits-all when it comes to anything in life, and polyamory is no exception.

They like the guarantee that they will be the priority when it comes to family events, vacations and holidays, and no matter how many other relationships they embark on, their primary partner will always be the most important.

People who prefer non-hierarchical polyamory may not like the fact that another person can veto their relationship, or that limits are imposed on how close or important they can ever become to a person.

They may feel frustrated being somebody’s secondary partner if they do not have a primary partner of their own – after all, it can’t be nice never being the one who is invited to special events.

The only person who can decide whether they would be more suited to a hierarchical or non-hierarchical polyamorous relationship is you. 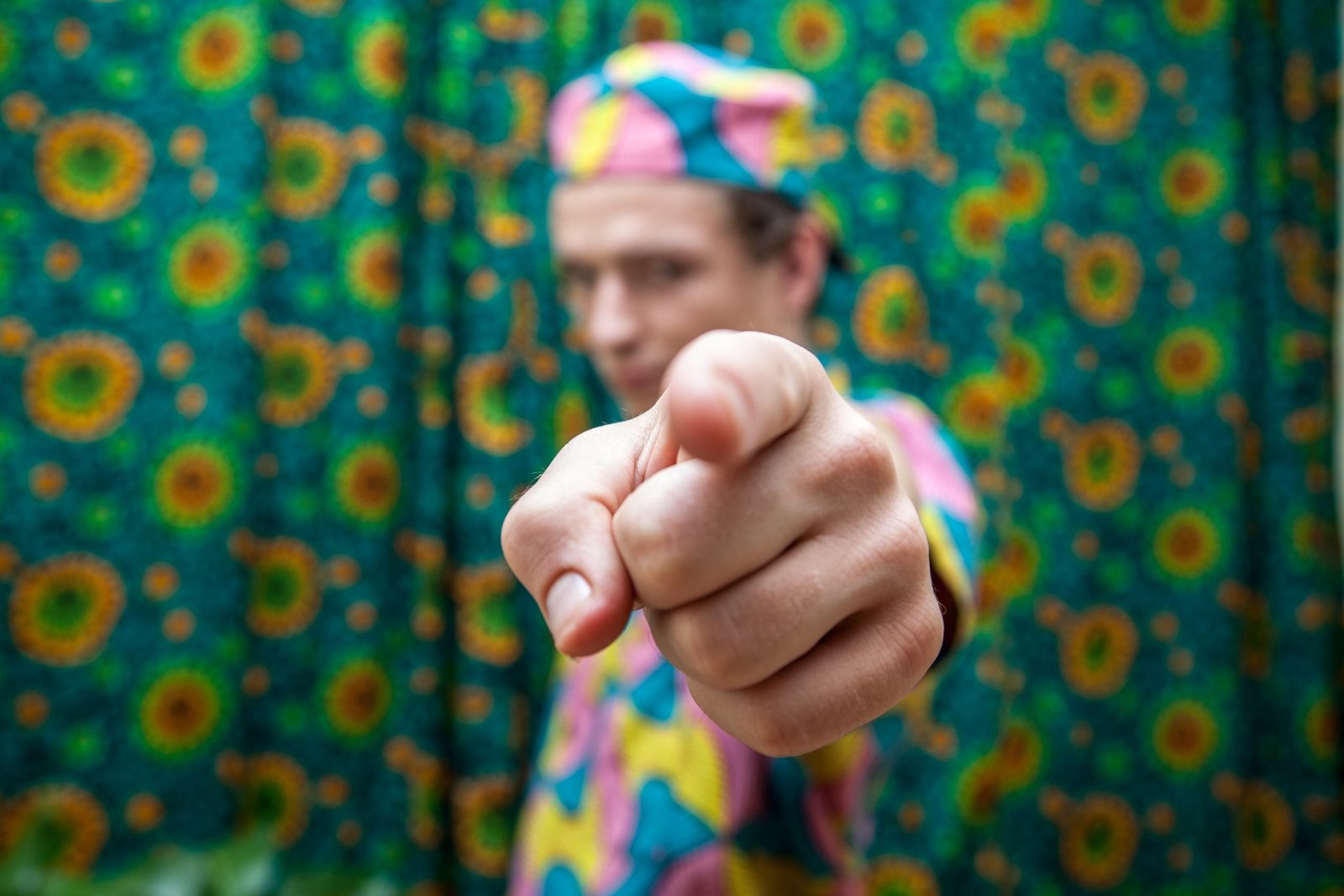 I am not polyamorous myself, but I know that if I were, I would much prefer a hierarchical polyamorous relationship, where myself and my primary partner could have other relationships whilst remaining at the top of each other’s hierarchy.

For others, you might have no clue which version of polyamory is for you, or you may initially think you prefer one thing, but in practice find you are better suited to another.

You may not be suited to either, and that’s okay too!

Perhaps you’re actually more of a sopo – somebody who practices solo polyamory.

What is Solo Polyamory?

A solo polyamorist is someone who does not have any desire to be part of a ‘coupled’ relationship. They may not live with, or share finances with anyone else, and not have the desire to do those things.

Some solo polyamorists are only sopo for a limited amount of time – maybe when they are raising a child or studying for their degree – and they don’t have time to navigate the complexities of a ‘primary’ relationship.

For others, solo polyamory is the way they choose to live their entire lives, and they consider their primary partner to be themselves. This means that they are the ones in charge of all of their decisions, they don’t have to answer to anybody and they can do what makes themselves and their relationships strong and fulfilled.

I hope that by now, you have a better understanding about what these terms mean and how they could apply to you and your romantic relationships moving forward.

There is absolutely nothing wrong with trying one (or all!) of these approaches to polyamory and seeing which feels right for you. After all, what is life if not a gigantic game of trial and error?

As long as you are open and honest with your partner/s about where your head is at, there is no reason why you can’t experiment a little with your romantic relationships to see which style of polyamory is for you.

Good luck, and don’t forget – if you’re looking for some sexy lingerie to surprise your partners with, we gotchu 😉